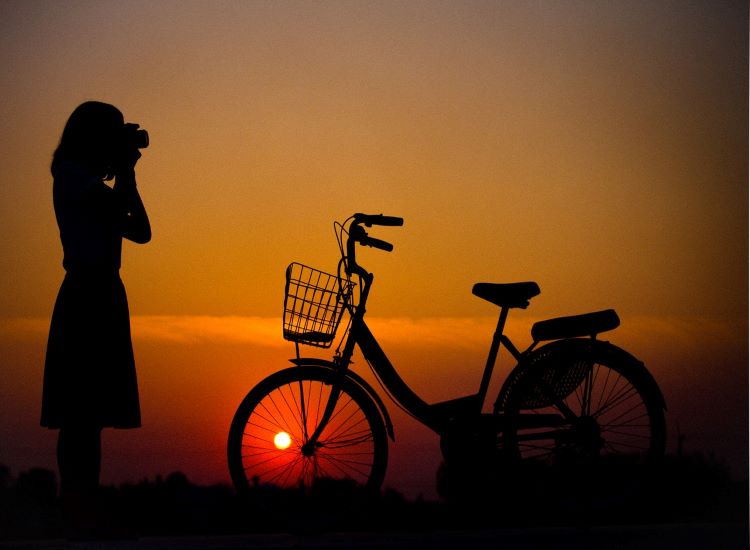 For those who dream of the glamour of northern classics, I want to remind you that Flanders is a rather gloomy place, and bad weather only aggravates the melancholy and dullness. Even the Tour of Flanders race itself was originally invented in order to brighten up the despair of everyday life of local peasants. If this performance did not scare away real beer and bicycle lovers, then I invite you to watch the video below – I do not promise high cinematography, but I think I conveyed the atmosphere of the pain of suffering in full.

Unlike the traditional 140 km distance, which starts and finishes in Oudenaarde, you need to go to Bruges to start 240 km. At the same time, you need to have either a personal driver who will pick you up at Oudenaarde after the finish, or you will have to rely on the organizers’ buses, which will take you back to the starting point with your bike.

Added to all these inconveniences is the fact that the start number can only be obtained from Oudenaarde the day before. If you get a number on the day of the start, then this will also have to be done not on the main square of Markt in Bruges, but on the outskirts of the city.

Accommodation is always a problem during the Tour, and this weekend it also fell for Easter. Saved, as always, Airbnb, which found a shelter, but only in the outskirts of Bruges Oostkamp. So before the official start, I had already managed to roll 10 km.

I was lucky because I was driven by Lan, who got her license just a month ago but quickly got used to the behaviour of Belgian drivers on the road. For those who are not in the subject of European automobile passions – in Belgium, driving lessons are given by parents and friends, not specialized schools, therefore in all border countries – such as Holland, Germany, France, common sense says that cars with red and white numbers are an increased danger on the road.

The weather forecast promised rain from the start, but no one expected four hours of drizzling stuff. As a result, all the lubricant from the chain was washed away and the last 100 km I listened to all kinds of squeaks. In addition, the 25mm Conti GP4000 rubber seemed to fit quite tightly in the Cervelo R3 forks and when it came to dirty paving stones, the wheel began to rub against the mud that had stuck to the crown. I had to stop several times and pick out this dirt. How they manage to ride this Paris- Roubet bike  I can’t imagine.

If we talked about rubber, then the beloved and proved good grip on wet roads Conti GP4000 decided to add epicness to an already hard day and made me change the camera three times. Once I caught a glass shard, and then two more times I caught a snake bite on the paving stones. One of the bites even left a very noticeable chip on the rim.

You can always buy a fresh spare tire at food outlets, but I had two punctures with an interval of five minutes. I had to stand by the road with a raised camera in my hand and hope for the solidarity of other participants in the bike ride. There is no need to wait long in such cases you can sing songs about solidarity among cyclists.

In choosing the transmission, I made a mistake and put in the back an 11-28 cassette, which I always take in the Ardennes. Considering that I have a 36-52 in front, and I need to drive into Putterberg after 230 km, I very much regretted that I had not put on the 12-32 mountain cassette.

Starting at 7 am, after which more than 8 hours in the saddle – that’s what determines the choice of clothing. If the weather forecast was optimistic, then I would wear a normal bike uniform with arms and legs, and put a windbreaker in my pocket. This year, unfortunately, it started raining, and I preferred the Castelli Gabba + Sorpasso bib tights combination and, I must say, I made the right decision, especially when I had to change tires in the rain. Underneath Gabba, I wore a regular summer baselayer with short sleeves.

With nutrition, everything is simple for me – I regularly do voluminous endurance workouts and 8 hours in the saddle does not scare me. I eat at the rate of 60 grams of carbohydrates/hour, which can be obtained from an isotonic flask (20 grams), gels (20 grams) and bars (40 grams). There are some rules, like, there are every 30 minutes, I do not adhere and eat when the road allows it. In Flanders, this is especially true, since it is a dubious pleasure to be with a bar or gel in your teeth on an area with paving stones. Even Cancellara doesn’t allow herself that.

I have a separate article on how similar starts are organized in Holland and Belgium. For those for whom the lack of a mass start is not comme il faut, I propose to go to Granfondo Stelvio, for example, and try to enter the first hundred there.

At such starts, people begin to blame right from the start, after which they organize themselves into groups. arranges a turntable and behaves, in general, the same as during a real bicycle race. All this continues until the first feeding point, at which howls disperse and groups begin to form a little less efficiently. The further along with the distance, the less chance of joining a well-functioning cohesive team. If you collect 3 punctures during the trip, then you will have to pull up various clowns before the finish line, and not sit on the wheel. Race details can be found in the Strava logs.

The only exception is the UWCT World Tour starts. In Belgium, it was Granfondo Eddy Merckx and their people are fighting until the last kilometre since the first 25% get the right to participate in the World Championship, but this year, for unknown reasons, this start will not take place.

In general, I must admit that 240 km is too much and such starts should be limited to distances that can be covered in a maximum of 6 hours, so 270 km of Liege-Bastogne-Liege is cancelled this year, and there will be a standard combat 160 km.

Preparation and the best recovery workout in the world

In terms of preparation, I have only one recommendation – you need to drive volume. The more volume training, the easier it will be to spend 8 hours in the saddle. All other training programs – be it a threshold periodization or a polarized approach – is an individual matter. I describe my approach to training in the Training and Bicycles section of this blog.

The day after the amateur Tour, the professional race Tour of Flanders takes place and not visiting it is just a crime, especially since watching the race can be combined with recovery training. I have a separate article and even a video about the nuances of logistics during a professional race.