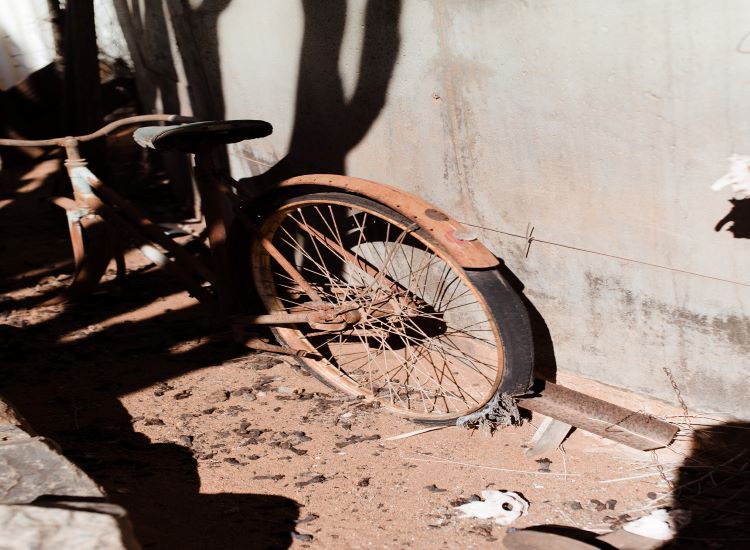 The cycling season in the Benelux is in full swing and every weekend you can participate in various gran founds – whether it be wind trains in the polders of northern Holland, roller coasters in the hills of South Limburg or various variations based on the Ardennes classics. In a word, I am spoiled for starts and I don’t go to anything – I still want some kind of zest, but I didn’t come, I drove until next week.

As such a highlight, the start of Granfondo La Philippe Gilbert was put on my pencil for a long time. By all criteria, this is an ordinary Ardennes found, but the piquancy was added by the participation of Phil himself. At the same time, everyone had the opportunity to travel a distance of 145 km with a world champion on a wheel, albeit with an average speed of 30 km / h . and this with a total climb of 2500 meters … Such villains as Rocheaux were noticed in the long list of Ardennes junkies -Faucons, Cote de la Redoute and Mur de Huy.

My height is 176 cm and at 32 I weigh 73 kg. This is my stable weight, to maintain which I do not need to make any special efforts. In the end, my work is sedentary, I don’t count calories, and all that connects me to a healthy lifestyle is my passion for cycling. The latter I see exclusively as a hobby, albeit with some sporting ambitions, such as participation in amateur racing-crits. In terms of Watts, I can deliver CP5 = 381W and CP20 = 297W, all within the framework of the classic power profile measurement. I am also motivated by the pursuit of my friend Roberto, who is 2-3 cm shorter but weighs 68 kg. In terms of power, the CP5 has 360 W, but unlike me, he can repeat such five minutes several times in a row. Such endurance and shows itself in excellent CP20 = 314 W. Given the similar absolute power figures, we often train together in our windswept steppes, and my problems only start when we get into hilly terrain.

The Ardennes routes are good because all the ascents here take from 5 to 10 minutes and at a distance of 150 km there can be about a dozen of them.
Robert and we drove all the money, fighting in every climb and hit a good collection of PR Female. After the race, I fished out Strava information about the time and the average power for a few climbs, and then enter the results in a table and found the power density in W / kg.
For greater clarity, I plotted the dependence of the time that I lost to Roberto on the climbs on the difference in the average power density. In green, orange and blue, the climbs that we drove with the same time, the same species and the same absolute power, respectively, are highlighted.

The first thing that catches your eye is the result at the Cote de Chris. In order to show the same time as Roberto, I needed almost 0.2 W / kg more specific power (30 W difference in absolute power units). Where does this difference come from? You can argue for a long time, but in defence of this measurement, I can only say that we ride relatively identical bicycles (I have Cervelo R3, Roberto has Trek Domane 6 ), and the power is measured by Garmin Vector.

The result at the Cote de la France leaves just as many questions, where my power density was the same as Roberto’s. Ideally, on this climb, the time should also be the same, but I managed to lose 25 seconds. At the same time, I needed 20 watts more in terms of absolute power.

In general, a large accumulation of points in this area of the graph and a huge spread in time (from 8 to 30 seconds) indicates that my entire analysis is more speculative than scientific. From personal observations, I can only note that Cote de la France begins with a rather steep section, where Roberto drove away from me. When the gradient calmed down a bit, I was able to keep the distance unchanged.

For dessert, I left the evil Roche-aux-Faucons and Mur de Huy. For those who are not very familiar with the legendary symbols of cycling, these are two short but very steep climbs with sections where the gradient reaches 20%. Here power density is everything, which the graph proves.

The most annoying thing is that the lightweight Roberto begins to twist 100% of the CP20 only on these climbs, while I have to go with such power on each climb. My 110% on Mur de Huy is an example of an effort that shouldn’t be repeated 60 km before the finish line, otherwise, it might not be enough on Cote de la Redoute. Personally, I did not have enough and I barely climbed on it. That is why Redoubt is not included in my analysis.

In general, working at maximum can be seen in the photo below, where I butt on top of the Roche-aux-Faucons in a striped cycling jersey.

In the very description of our participation in the fund, I cheated a little. On the day of the official start, terrible weather was promised, so we drove the entire route with Roberto the day before. On the day of the Fondo itself, we only had enough for a short distance of 90 km with an ascent of 1500 meters.