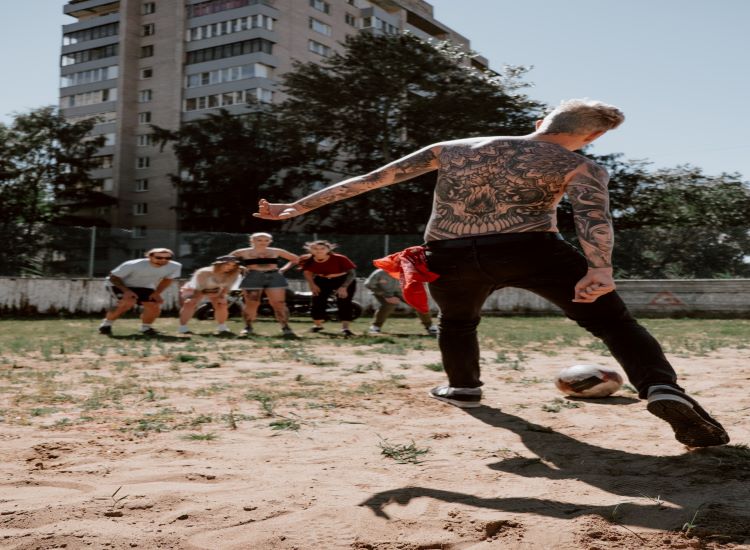 Johan Cruyff came to Barcelona to implement a unique and unmatched football style. A model and an idea of the game that lasts to this day at Can Barça, and that has made the Culé team the best team in the world with the greatest record in the world of football. It all started in the 1991/92 season where the history of football would change.

The Fútbol Club Barcelona, led by Johan Cruyff, began its journey in the European Cup on September 18, 1991, just now 25 years ago. Their first opponent in the round of 32 was the German team Hansa de Rostock, playing the first leg at the Camp Nou. The Blaugranas prevailed by a clear three to zero, Laudrup twice and Goikoetxea were the authors of the goals. In the second leg, played on October 2 in the Ostseestadion, the Hansa defeated the club by one to zero so despite losing the match, Fútbol Club Barcelona qualifies for the next round.

In the round of 16, the rival would also be a German team, the fearsome Kaiserslautern. In the first leg, played at the Camp Nou, the Blaugranas managed to win by two goals to zero, Txiqui Begiristain was the author of the goals. The return, played on November 6 at the Fritz Walter Stadion, was a real hell for Barça. In such a way that in the 30th minute of the second half, the Germans were already winning by three to zero, which meant that with fifteen minutes remaining for the end of the game, the home team was classified.

And when all the Barça fans thought that the journey in the European CupThat season was over, Koeman launches a free-kick, the ball falls pumped into the area, and between two defenders José Mari Bakero resurfaces, who with a prodigious header hits the goal, beating the German goalkeeper Ehrmann and managing to put the three to one in the marker, which gave them the pass to the final phase. In that season, the structure of the competition was different and the eight teams classified for the quarterfinals would play a league of two groups, with four teams each, where the first two of each group would play the final. The rivals of the culés in that final phase would be Sparta Prague, the Benfica from Lisbon, and Dynamo from Kyiv.

The club begins the playoffs playing in the Camp Nou against Sparta Prague, the match was played on 27 November, complicated party that resolved with goals from Love, Bakero, and Laudrup. On the second day, the Catalans visited the Da Luz stadium in Lisbon to face Benfica on December 11, achieving a valuable goalless draw. The next rival was Dynamo Kyiv, the match was not played until March 4, 1992, it was played in the Republic field and the Blaugranas won by zero to two, with goals from Stoichkov and Julio Salinas.

The fourth day was played on March 18 at the Camp Nou, Barça’s rival was Dinamo, there were no goals in the first half, but after the break, the Catalans drilled the opposite goal three times, Stoichkov twice and Julio Salinas, were the authors of the goals. The club lost by one to zero against Sparta at the Stadium of Letna Prague, the game was played on April 1. In the last game of the league, the Blaugranas won by two to one, with goals from Stoichkov and BakeroThe match was played at the Camp Nou on April 15, 1992, the packed house was absolute, 100,000 throats supported and they were able to celebrate in situ the pass to the grand final.

The final would be played at the iconic Stadium Wembley on May 20, 1992, being the rival Italian team Sampdoria. 25,000 fans accompanied the Barça team, London was filled with fans, it is worth highlighting the Penya dels Almogàvers, who displayed a mosaic of cardboard sponsored by the newspaper Sport, where you could read the words F orça Barça.
The game was very even, each team with their style, Johan Cruyff’s pupils played with more possession of the ball, dominating more and with a more offensive game, the Italians tried to go on the counterattack, especially when there was a loss of ball on the part Blaugrana.

Both teams enjoyed good opportunities to open the scoring, but the match ended with an initial zero to zero going on to dispute extra time. The tonic was the same as in the 90 minutes of the game and it was not until the 111th minute, when after a foul committed on Eusebio very close to the area, an ideal position for Ronald Koeman, and after touching Stoickkov leaving Bakero dead so that Koeman launched a very strong shot that the Italian goalkeeper Pagliuca could not do anything.

After that goal, there were still a few minutes left, but luckily for the Catalans and unease for the Italians, the scoreboard would no longer move. The Football Club Barcelona became champion after 93 years of history, finally, European Cup reaches the windows of the museum of the club. A million people went to receive the champions, the joy was immense, the Blaugrana people enjoyed it like never before.

The Dream Team of Johan Cruyff conquered Europe. For FC Barcelona, this European Cup was much more than a title, because history changed from that May 20, 1992.